Medical triage, a vital part of warfare for centuries, has never had such high stakes as it does in the COVID-19 pandemic

The summer of 1862 baked under a stifling sun. The American Civil War raged on, Union and Confederate troops felling one another with the improved Minié muskets firing conical balls that shredded tissue on contact. In the span of four years, roughly 750,000 troops would die of wounds, infection, disease. Some lay for hours next to their fallen comrades, unable to reach medical attention. Others would be carried to disorganized field hospitals and stacked in makeshift beds… [READ MORE]

Both early and late diagnosis with autism offers a window into understanding our own identities. I’ve learned that I have a right to ask for and expect accommodation. Neurotypicals think they are meeting us halfway because they don’t realize we’ve already come miles and miles just to get here. I am neurodivergent. I can be forgiven for missing cues and instead be honored for how much work goes into social interactions, all the time… [READ MORE] 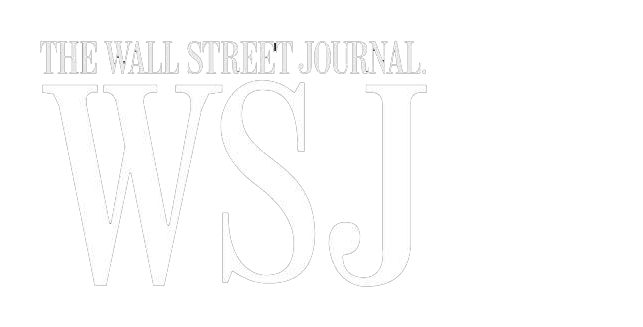 ‘The Oracle of Night’ Review: What Dreams Are Made Of

Once there was a boy who feared to sleep. His night terrors contained muddy alleys and dark streets gray with rain. He traveled with companions and knew that one of them would be sacrificed to the appetite of witches. He dreamed, too, of a dangerous criminal, invisible but lurking, hanging like a bat far above his head. And he dreamed of tigers that attacked in deep jungles, and of falling into the blue-black sea teeming with sharks. How, asks Brazilian neuroscientist Sidarta Ribeiro, are we to make sense of “such a wealth of detail”?  [READ MORE]

What if All Intelligence Is Artificial?

Sophia wants to have a baby. “The notion of family is a very important thing,” she explains; a sense of emotional connection. She would like to give the baby her own name. But it could not be her biological child; Sophia has no womb and no ovaries — no internal organs at all. She is a robot. Sophia was built by Hanson Robotics and possesses 62 facial expressions. Toshiba’s ChihiraAico, built to resemble a young woman, talks, sings, gestures, and even cries using a responsive artificial intelligence matrix that reportedly “disconcerts” those who interact with her, prommpting questions about what is human.

In 2018, a woman named Karin nearly died of a broken heart. There were no underlying diseases, no congested arteries, no signs, no symptoms—yet her heart suddenly ballooned in size and threatened to burst. If at that moment she hadn’t happened to be lying on an operating table for a routine retinal procedure, she would certainly have died. Karin was later diagnosed with broken-heart syndrome, which can be caused by severe stress, sudden shock, bereavement, financial losses, even a surprise party. And it can kill you… [READ MORE]

A Stroke Study Reveals the Future of Human Augmentation

It began in early October 2017, when 108 stroke patients with significant arm and hand disabilities turned up for a peculiar clinical trial. The researchers would be surgically implanting a neurostimulator to their vagus nerve, the cranial nerve that runs along the groove in the front of the neck and is responsible for transmitting signals from the brain to other parts of the body. By the time the trial concluded, the subjects’ once limited limbs had begun to come back to life. Somehow, pulses to that nerve combined with rehab therapy had given the patients improved use of their disabled limb—and done so faster and more effectively than any treatment before it, even on those who had responded to nothing else… [READ MORE]

At first he felt only cold, as near-freezing water rushed in up to his neck. Soon cold became pain. Inch by inch, his body froze, the blood receding from his extremities, his nerves sending excruciating messages to his brain. With his head kept above water, he couldn’t even count on the blessed insensibility that comes with drowning. At last he begged to be shot. Instead, he and other “patients” like him were put through a series of bizarre warming therapies, from ambient blanket wraps to alcohol ingestion, skin contact and hot baths. If he survived, he would be forced to undergo the procedure again, for he was a research subject of SS chief Heinrich Himmler, architect of the Holocaust and a number of unfathomably brutal medical experiments… [READ MORE]

The Forgotten History of the World’s First Trans Clinic

The first gender affirmation surgeries took place in 1920s, at a facility which employed transgender technicians and nurses, and which was headed by a gay Jewish man. The forgotten history of the institute, and its fall to Nazis bent on the euthanasia of homosexuals and transgender people, offers us both hope—and a cautionary tale—in the face of oppressive anti-trans legislation in the United States.

Late one night on the cusp of the 20th century, Magnus Hirschfeld, a young doctor, found a soldier on the doorstep of his practice in Germany. Distraught and agitated, the man had come to confess himself an Urning—a word used to refer to homosexual men. It explained the cover of darkness; to speak of such things was dangerous business. The infamous “Paragraph 175” in the German criminal code made homosexuality illegal; a man so accused could be stripped of his ranks and titles and thrown in jail… [READ MORE]

The children look peaceful. Their arms are draped over printed pyjamas; their heads are nestled against cotton pillows. But they do not stir, and they do not wake. The first cases of this condition, known as resignation syndrome, appeared in Sweden in the late 1990s. But by 2005, more than 400 children had slipped into a state that looked much like a coma, except that brain scans showed normal function. Some of them would go on sleeping for years. [READ MORE]

‘Out of the Shadows’ Review: Spirited Women

Victoria Woodhull awoke cold, alone and drenched in blood. Her tiny newborn lay next to her, bleeding from a badly cut umbilical cord and every moment closer to death. Woodhull’s husband, ostensibly a doctor but in reality a drunk, had severed the cord too close, and the baby’s vital organs were peeping through the hole. Though weak from labor, Woodhull thumped the walls of her rented room until a neighbor arrived to help, breaking through a grate in the basement to enter the locked house. The child survived. [READ MORE]

Medicine has long been shadowed by the specter of the resurrection men who dug up and raided recently buried coffins in the dead of night to supply 19th century anatomists with objects for study. The need for grave robbers had largely been obviated by body donation programs when, in 1954, the first successful kidney transplant at the Peter Bent Brigham Hospital in Boston kicked off the race to transplant other organs. And physicians weren’t willing to confine themselves to those like the kidney that the human body has in duplicate. They wanted to transplant the heart. And that, of course, requires a donor who will not survive the surgery. The age of resurrection men might well have been over, but the age of what we might call harvest men had only begun. [READ MORE]

Dr. White Challenged the Line Between Life and Death

Most of us can probably imagine a brain, isolated from its body. We might think of its walnut-like shape in cartoonish perfection, or of a pink orb floating in a jar. It is much more difficult to imagine a live brain, bathed in blood, still metabolizing, still pumping, still full of vital fluids. It doesn’t look like gray matter at all but flushed and pink.  And more than this, that first successful isolated monkey brain was still sending out electrical signals via electroencephalogram (EEG), just as any living brain inside any living head would do…  [READ MORE]

Greif in a Time of Coronavirus

Ashes to ashes, adjust to adjust: The ancient, deeply human instinct to physically gather in times of death has now run up against social-distancing practices. But COVID-19 might just serve as an opportunity to make the ways we grieve better. Grief is personal, intimate, crushing. The tether bonding another life to ours has snapped and there is no going back to revisit old joys or old wounds; we can dial the number, but it doesn’t connect. Feeling raw and often shattered, we nevertheless have decisions to make, people to contact, events to plan. In light of the present crisis, there are even more questions and frightening realities to grapple with…. [READ MORE]

It’s not that science hadn’t tried to extend life with organs before; it’s that it had tried and failed… December 20, 1954, dawned to thick falling snow. By midafternoon, Dr. Joseph E. Murray, a surgeon at Harvard’s Peter Bent Brigham Hospital in Boston, stood in his kitchen with an ingredient list for eggnog. A balding, pleasant-faced man, Murray and his wife, Bobbie, were preparing for their annual Christmas party, 75 guests strong—but the phone rang in the hall before he could crack the first egg. “It’s the pathology people,” Bobbie told him. They both knew what that meant. Murray dropped his whisk and threw on his coat. He cranked the engine of his car, swerved out of the drive and onto icy roads. The Brigham Pathology Department had a cadaver for him… [READ MORE]

The Surprisingly Old Science of Being Transgender

In early March of 1958, Michael Dillon, ship’s surgeon, made his way below deck. A member of the United Kingdom’s Merchant Navy, possessed of athletic bearing and a luxuriant beard, Dillon had hardly opened his sick bay when the steward delivered a cable. “Do you intend to claim the title since your change-over?” it read. “Kindly cable the Daily Express.” Dillon blanched and crushed the letter in his palms, then lit his pipe with shaking hands. He had kept a secret for over 15 years: Dillon had been born Laura Maud (sometimes written as “Maude”) Dillon… [READ MORE]

In the still-dark morning of October 9, 1908, two Ohio farm hands made a chilling discovery: a bundle of cloth, a tangle of limbs, and a mess of matted hair. They fetched a lantern and returned to the lonely spot to discover a young woman, stiff, bloody, and quite dead. She had been shot at close range, a blue entry hole livid against her temple and another where her eye ought to have been. Dark welts left grooves in her flesh; it seemed she had been thrown from a carriage after death and then driven over by the wheels. Her name was Ora Lee, and she was four months pregnant… [READ MORE]